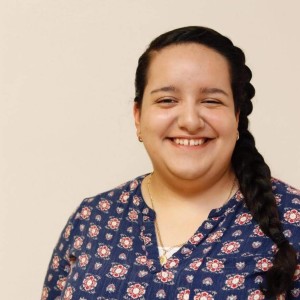 What You Need to Know About Ticks: The Ecology of Tick-Host Interactions

It’s easy to control the things we understand. To stop a car, we press our foot on the brake; to open a door, we turn the handle and pull.

But the tick + host relationship is NOT easy to understand.

Thankfully, the Department of Fisheries and Wildlife at Michigan State University has published an article highlighting gaps in our understanding of the ecology of tick–host interactions. You can read the full article here. – The Contribution of Wildlife Hosts to the Rise of Ticks and Tick-Borne Diseases in North America –  from the Journal of Medical Entomology, Volume 58, Issue 4, July 2021, Pages 1565–1587.

This blog is just highlighting the key points, you should read the complete article. It is very well done and chalked full of insights.

As pest control professionals, we focus most often on the negative effects of ticks on companion animals– dogs and cats.

Our focus with Stop The Bites! is Natural tick & mosquito control for pest control professionals. These treatments are performed around yards to protect humans and pets.

Dogs can get canine anaplasmosis and cats can get feline cytauxzoonosis.

However, ticks can also be a risk to livestock– specifically cases of theileriosis in cattle.

The good news is that there has not been a recent rise in tick-borne diseases in cattle with the help of antiparasitic treatments and other prophylactic measures.

Another group at high risk of obtaining tick-borne diseases is wildlife.

The authors of the article explain how understanding these relationships can help to develop strategies to reduce the risk.

Key Factors in the Spread of Ticks

The increases in deer population and distribution have caused a surge in the spread of deer ticks & lone star ticks.

All of these factors combined pull on the spread of ticks and tick-borne diseases (TBDs). But they all impact the Ticks & TBDs in different ways.

A decrease in predators can increase the number of deer. This increase in hosts can lead to a rise in ticks and TBDs.

If the climate changes, this can increase the range of the deer. With greater range, the population of deer will grow. Tick populations should increase.

Or even seasonal migration within an area can increase or spread ticks.

There is still plenty to learn about the migratory habits of these hosts. But it is highly likely that they do factor into the spread of ticks and tick-borne diseases to new geographical areas (p. 4).

The Relationship Between Wildlife and Tick-Borne Diseases

Not only do outside factors play a role in the abundance of ticks and Tick-Borne Diseases (TBDs), but the relationship between the host (i.e. wildlife) and the tick also has a major impact.

Let’s focus on the host/tick interaction.

When a ticks becomes infected by feeding on an infected host, that is called horizontal transmission.

When a tick becomes infected because it was born from the egg of an infected tick,  called vertical transmission.

If not, the pathogen still has a chance to be passed horizontally to another tick and try again.

Most pathogens are not always successful the first time.

Yet, they still find ways to pass on to new hosts.

Then some hosts, instead of being infected, become a vessel to transmit the pathogen to other ticks.

Now that we understand the relationship better, let’s discuss some solutions proposed by the authors.

Hunting whitetail deer can help reduce the population of ticks. This can help to reduce the risk of spreading TBDs.

A downside to this is that the tick species that are usually causing issues with TBDs are also the types of ticks that are not picky with their host selections.

So while reducing the whitetail deer population can temporarily reduce the risk of TBDs, it won’t take long for those ticks to find a new host.
The second method is more promising to the researchers: using the host to deliver a product to the tick to break or weaken the enzootic cycle (p. 12). The authors go into detail on research that was promising to this practice when targeting adult and juvenile ticks.
While it is tempting to get in the deer stand and contribute to the decrease of TBDs, it is not the tell-all answer. Like the authors of the research mentioned before, there are many factors out of our control that influence the rise of ticks and TBDs. It is pertinent that we take time to understand the ecology of tick-host interactions so that we can effectively reduce the risk of the spreading of these pathogens. We are more connected to wildlife than you think.