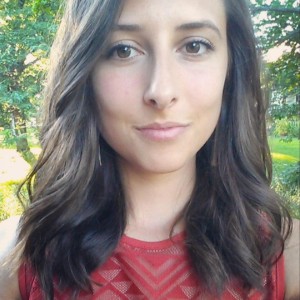 For pest control companies looking to offer a natural mosquito control option, integrating mosquito traps as part of your services could be a good move. These traps will lower overall mosquito numbers in the back yard and allow the Natural barrier to be more effective.

When determining which mosquito traps to offer, it is important to understand the effectiveness of the different traps available.

In the article “EVALUATION OF MULTIPLE TRAP TYPES FOR THE CAPTURE OF VECTOR MOSQUITOES OF EASTERN EQUINE ENCEPHALITIS VIRUS IN SAINT JOHNS COUNTY, FLORIDA” in Volume 66, 2019 of the Journal of Florida Mosquito Control Association, they evaluated six different traps:

Shoutout to the researchers: Dr. Rui-De Xue, Daniel Dixon and

This trap is a collapsible container with holes covering its opening. Through use of an electrical fan, air is brought into the trap and draws in approaching mosquitos. The air exits the trap, creating currents that mimic the convection current we humans would create.

In the study, this trap was used along with the BG-Lure which releases the same substances that are found on human skin and are highly attractive for the yellow fever mosquito, the Asian tiger mosquito, and the southern house mosquito among other species.

Additionally, BG traps combined with the BG-Lure captured the highest number of mosquitos out of the 6 different types used.

This portable, battery-powered trap is used globally in studies for mosquito surveillance or to determine the types of mosquitos in a location. Due to the weak light included with the trap, pairing it with dry ice to add carbon dioxide will substantially increase the number of mosquitos caught. Unless paired with a kill jar, this trap will capture live mosquitos.

A standard for mosquito control operations, the CDC Light Trap caught 50% fewer mosquitos than the BG traps, but was still the second-highest-performing trap in the study for both EEEV mosquitos and diversity. But if clients are looking for smaller, less obtrusive traps, this could be an effective solution.

SMACK traps are essentially 20 liter, plastic boxes with a one-way entrance of mesh that the mosquitos crawl through. Dry ice is hung inside to increase CO2 to attract the mosquitos into the trap.

In this study, the SMACK trap was successful in capturing the third-highest number of EEEV mosquitos.

MMX traps are essentially suction traps that utilize a counter flow system to pull the mosquitos through the bottom opening of the trap into a chamber. This trap is powered by a battery and utilized dry ice to attract the mosquitos close enough to the trap to sucked in.

Unlike the traps detailed above, the Resting Trap was created to capture mosquitos who had recently fed and are looking for a spot to rest. It consists of a fiber pot, collection tube, mesh bags, and a mesh funnel. Kept parallel to the ground, the fan and battery-operated motor create a suction that draws the mosquitos in after they have entered the pot.

Gravid Traps are essentially a bin that contains a fermented water solution. This solution is made from hay or alfalfa and was developed to attract mosquitos that are looking for a location to lay their eggs. The top of the trap contains a collection chamber and mosquitos that make their way to the stagnant water are drawn in by the fan and trapped within the chamber.

In the study, the gravid traps were shown to be the least effective, catching the smallest number of mosquitos and the least number of species.

When determining the type of trap to use for a more natural mosquito control method, it is important to consider the species of mosquitos in the area. If there are multiple species, it is most beneficial to select a trap that will capture a diverse number of species as well as a high number of mosquitos.